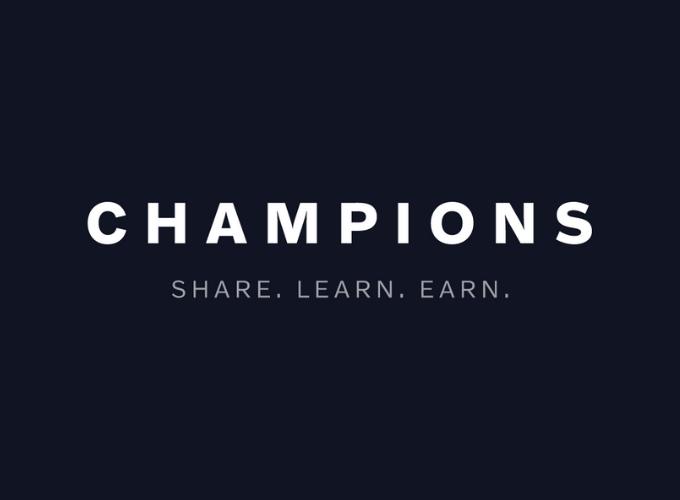 Since the first mass-produced Volvo car rolled off the production line in 1927, Volvo Car Group has since become one of the most well-known and respected car brands in the world, with sales in around 100 countries.

For Volvo Car UK (VCUK) specifically, they had the challenge of motivating a network of over 110 retailers in order to meet sales objectives. In July 2020, in the midst of the coronavirus pandemic, Volvo launched a procurement process to find a self-service web platform to run incentives and reward schemes for their retailer employees, head office staff and some third-party company employees. 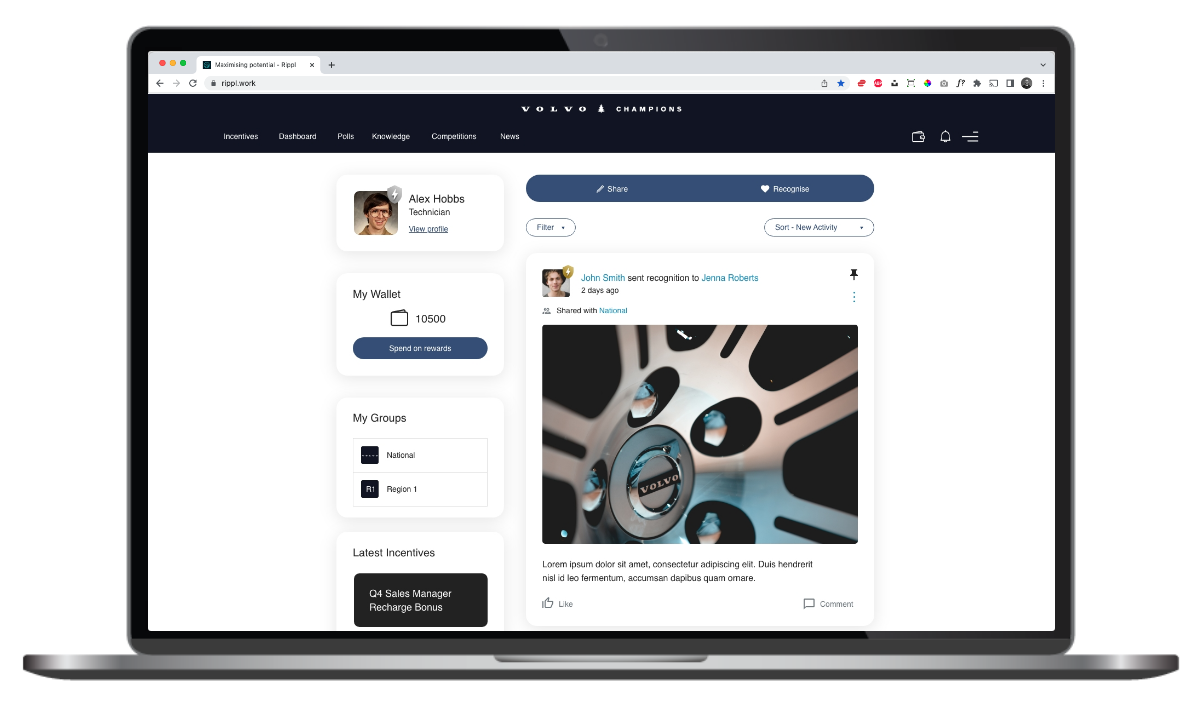 VCUK needed to find an efficient tool to allow head office to quickly and effectively deploy tactical incentives to their network. With numerous regions, retailers and audiences to consider, the business required a platform that was easy to administrate, simple to use and affordable.

What they didn’t anticipate was coming across a platform that would combine powerful incentives and reward with ‘recognition’ features. Should VCUK have opted for another incentives platform in the market, they could have continued to spend increasing amounts of budget on incentive and reward campaigns. Instead, they chose the Rippl platform which now enables them to boost the impact of their expenditure with meaningful social engagement and peer-to-peer recognition.

It took VCUK just six weeks to get the majority of their UK retailer network registered and actively using ‘Champions’ (their Rippl platform). Why the rapid sign up? Because the network now had just one consolidated platform to take part in incentives, recognise their hard-working colleagues and to spend their hard-earned rewards. A critical consideration for Volvo when selecting a solution to maximise the performance of their people.

Chris Francis, Campaigns and Incentives Lead said: “The last twelve months have obviously been challenging for everyone and when faced with showroom closures, furloughed staff and supply chain issues, not to mention the health and wellbeing implications for us all, having one platform to help unite the network has been invaluable”.

“Previously, we relied on a solution offering sales and service incentives but were unable to consistently recognise and reward the superstars of the network. Enabling the network to recognise each other has also been a great motivator during this period.”

Analysis of user data reveals engagement with ‘Champions’ directly impacts performance. For example, the most recognised region demonstrated 30% higher performance in sales incentives compared to other regions, demonstrating that output is maximised when someone feels valued, informed and connected.

Furthermore, in Q1 2021, the most ‘engaged’ regional group, that is those who regularly post comments, add photos and interact with the wider Volvo community, outperformed the rest of the VCUK network in almost 80% of incentives for that period.

After such a disruptive year, it has been vital for VCUK to connect, motivate and celebrate its network. The potent combination of incentives, recognition and reward amplifies the performance of the retailer network. The more engaged someone is with ‘Champions’, the greater their incentives’ success.

Book a demo
Get more with Rippl.